During arbitration on June 30, 2016 and July 1, 2016, Beecher Falls SBPA Zavala indicated that Swanton Sector Management disagreed with EMS’s assessment that an Agent suffered from mild hypothermia.

To support his position, SBPA Zavala stated that the only accurate way to take his temperature would have been to administer a rectal thermometer.

For clarification purposes, Local 2266 feels compelled to advise the membership that they are not required to submit to Swanton Sector Management’s literal or figurative desires to “stick it to them.” 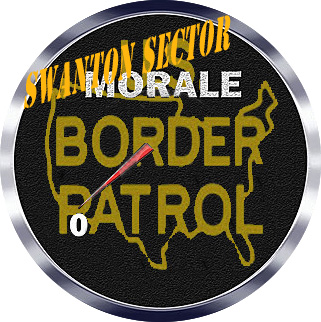 Chief Patrol Agent John Pfeifer is disregarding the exclusive representative of Swanton Sector agents and has let his managers run amuck.  His actions have revealed that there are two standards in Swanton Sector:  one for managers and another for Union members.  Union members are being held to higher standards of conduct and facing greater levels of discipline for violating those standards.
The Union has repeatedly brought their concerns to Chief Pfeifer only to have them ignored.  This failure of Chief Pfeifer to take the Union’s concerns seriously has given a green light to Patrol Agent In Charge (PAIC) Kuhn of the Beecher Falls Station to conduct operations in a dangerous manner.

One example is Chief Pfeifer’s refusal to issue Standard Operating Procedures or guidance regarding snowmobile or ATV operations.  When environmental conditions or inclement weather impact the safe operation of ATVs or snowmobiles, the discretion to cease operations should rest with the agents impacted and not with a manager, who may be ill-informed and far removed from the physical location of the operations.

This is exactly the type of situation that occurred and could have easily resulted in the severe injury or death of Border Patrol agents.

Against the advice of two Union members, SBPA John Zavala ordered agents to ride ATVs in an area where the weather forecast predicted rain and temperatures in the 50s.  These agents had not been properly trained and equipped by the Agency to ride in these conditions.  However, due to past threats of disciplinary action and fitness for duty examinations by managers, agents felt too intimidated to further voice their concerns.

As the day progressed and the rain continued, both agents began to suffer hypothermic symptoms due to exposure.  The agents contacted their Supervisor, SBPA Zavala, and notified him that they were returning to the station because of their hypothermic condition.  PAIC Kuhn, who can rarely be heard or contacted via radio, was heard asking SBPA Zavala, whether this was a serious situation and could he go home?

The two agents met with SBPA Zavala and used his vehicle in an attempt to warm themselves.  SBPA Zavala, a trained EMT, inquired whether they needed EMS but the agents declined.  SBPA Zavala realizing the potential consequences of the agents’ condition still requested EMS. After being checked by paramedics it was determined that one of the agents had a body temperature of 95 degrees, even after being heated for at least twenty minutes. Fortunately, both agents were treated and released on scene and appear to have made full recoveries.

This situation had the potential to have a very tragic outcome but was not taken seriously by Chief Patrol Agent Pfeifer.  His attitude is reflected by some of his managers, are more concerned about whether they can go home than the welfare of their subordinates.  Chief Pfeifer continues to be dismissive of the Union’s concerns, giving little credence to what he terms “frivolous grievances” that are brought forth by the exclusive representative of Swanton Sector Border Patrol agents.

Qualifications for office are: be a member in good standing of this local; be a member for one year of an AFGE local, not be a member in any labor organization not affiliated with the AFL-CIO; any member who has paid dues through September 29, 2022 and is in good standing is eligible to nominate candidates. The term of office will run for 2 year(s) ending with the installation of officers following the regularly scheduled elections in November 2022.