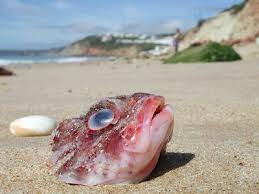 Customs and Border Protection (CBP) Service employees are among the country’s most vital federal employees. It is their job to stop terrorists and crooks from getting in while keeping out illegal drugs and banned imports, which competitively cripple American industries. They not only can seize property, but make arrests and shoot-to-kill, if necessary. They are the epitome of professional law enforcement.

Unfortunately, something is very wrong in their agency!

Just a few days ago the Partnership for Public Service released its annual survey ranking federal agencies in terms of how well managed they are. (See Best Places to Work survey data for CBP.) Once again, Homeland Security’s (DHS) tens of thousands of employees ranked it as one of the worst places to work in the federal government. They ranked DHS last out of 19 large agencies, and, while not the most poorly run component of DHS, CBP employees ranked it very near the bottom as well. For example, they ranked CBP as 271 out of 290 agencies in terms of “Effective Leadership.” They also said “Teamwork” is comparatively non-existent in the agency, ranking it 270 out of 290. Both those rankings put CBP in the lowest ten percent of all agencies.

While DHS employees have made their criticisms stunningly clear year after year, their feedback goes largely ignored by agency leaders. Top executives have chosen instead to focus on the number of employee misconduct charges, which they consider to be too high. Yet, amazingly the top leaders show no recognition that their own poor management techniques, and particularly their executives’ chronic law-breaking, may be the cause of the misconduct rate they allege is excessively high—as well as the wall-to-wall morale problems.

Apparently, none of the DHS/CBP brass fishes because they likely would have overhead this advice at any fishing dock. Fish rot first from the head and then down into the body; organizations often do too.

FEDSMILL has made no secret of the fact that the leaders of Homeland Security, and particularly Customs and Border Protection, have a long record of ignoring labor and employment laws. (See the FEDSMILL postings entitled, “LR’s ‘Biggest Loser’” and “The NTEU-AFGE Race Continues at DHS.”) It is as if they are working from a leadership manual left behind by Dick Nixon and his Plumbers.

Currently, NTEU has won 25 out of the last 30 cases against CBP while AFGE has won 23 out of 28 against CBP and other DHS components. Sadly, not one dime of the many, many back pay and related dollars the government has had to shell out has been taken out of the pockets of the managers violating the law. Not even their bonuses seem to have suffered. They have arranged it so that taxpayers pay the tab no matter how legally reckless executives are. Moreover, due to how long it takes to litigate these cases not only can the back pay tabs grow substantially while management drags them out, but the delay enables executives to be long gone into retirement by the time the decisions are finalized without any damage to their pocketbooks or reputations.

Obviously, no one at DHS cares or they would have ordered their agencies to stop breaking the law. Ironically, that may soon come back to haunt Secretary Napolitano, the DHS “decider” sitting atop all the decay, who we hear is looking to be the next Attorney General. How will she answer a question like this during confirmation hearings, “Madame Secretary, during your reign at DHS your executives and managers repeatedly violated federal statutes. How do you expect to stop organized crime, international cartels, and the world’s most sophisticated corporate corruption if you could not even force compliance with labor laws? Don’t you think high crime might be a little over your head given your record?”

But DHS and the top leaders at CBP and other Homeland Security agencies are not the only ones to blame for the decomposition throughout the department. The FLRA General Counsel seems to be oblivious, not once pursing nontraditional remedies to wake-up and pressure the DHS leaders. And GAO and the Office of Government Ethics leaders seem to be absolutely comatose with reference to the chronic DHA management lawlessness.

For now only these two unions are working to reverse the downward slide.