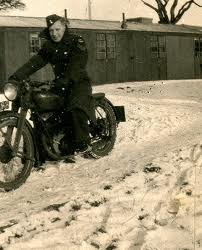 “But We Always Did It That Way”

Chief Patrol Agent John Pfeifer, once a great agent and leader in the Border Patrol, is disregarding the exclusive representative of Swanton Sector agents and has become a dictator run amuck. Demonstrating yet again that the higher one gets within BP management, the more likely they are to try to become enamored of their own self-importance, while forgetting the needs and concerns of their agents.

Chief Pfeifer has ordered all bargaining unit agents at the Beecher Falls, VT. Border Patrol Station to be ATV and Snowmobile (Sleds) certified so that they can be assigned either ATV’s or sleds on a daily basis.

National Border Patrol Council Local 2266 recently met with management to bargain over safety equipment for snowmobile riders. Management’s response was to ignore the Snowmobile MOU between the NBPC and HQ by informing the local that bargaining unit agents should have ordered snowmobile gear from VF Solutions. Chief Pfeifer refuses to supply the necessary equipment for the safe operation of snowmobiles, thus placing the bargaining unit agent’s safety and well being at risk. Management has even said that snow pants or snowsuits are not essential equipment. Agents are ordered to share outerwear and must supply their own snowsuits, gloves, boots, layering clothing, and goggles. Chief Pfiefer is sending his own volunteer team of managers to be snowmobile instructors instead of bargaining unit members, in order to forcibly train all Swanton Sector bargaining unit employees. Chief Pfeifer refuses to issue guidance on when snowmobile or ATV operations should be ceased due to extreme environmental or weather conditions, because supervisors should know when it is unsafe. This is how management takes care of its agents in Swanton Sector! If the malfeasance of Chief Pfeifer and negligence of Swanton Sector managers result in injuries or deaths due to these ill-advised operations they will be the ones held accountable.